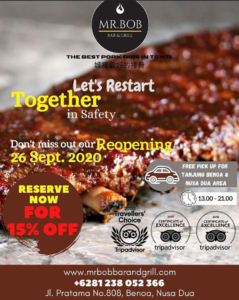 Traveling by car from Spain to Bali with Volkswagen Caddy in June through Europe, Russia, South Korea, Japan, Malaysia and then finally arrived on Dec. 31 2019 in Indonesia.Laura Cañal and her longtime friend Maria Rodriguez first traveled to Indonesia as backpackers in 2013. After that trip, they knew they’d come back someday. Seven years later, the duo had driven a van halfway across the world, from Spain to Indonesia. Cañal, a nurse, and Rodriguez, an accountant, both live in Madrid, Spain. After their past travels, they threw around the idea of a longer journey, this time by car.

Eventually, the duo committed to the year-long trip after beginning to plan it in 2018, a full year before they left Spain.

They chose Indonesia as their last stop because they loved it the first time they visited. They also had friends in Indonesia and thought it would be a suitable place to end their adventure.

In the fall of 2018, they bought a used 2014 Volkswagen Caddy. A few months later they quit their jobs and started preparing for the trip. In June 2019, they hit the road.

Their route took them through Europe, which they crossed in a month as they drove through Austria, Poland and Latvia, among others. Then came a long stretch: Russia.

It took two months for Cañal and Rodriguez to cross Russia from west to east. They never had any problems, aside from minor car troubles, and made it happily to the eastern coast of the country.

There, they continued to South Korea, Japan, Malaysia and then finally, on Dec. 31, to Indonesia.

At the beginning of their stay in Indonesia, Cañal and Rodriguez were in paradise, bouncing between Bali, Lombok, Sumbawa and Flores. They spent over a month with their friend Blanka Palamos, another Spaniard.

Palamos, an artist, moved to Bali in 2013. Since then, she has married an Indonesian man and started a family.

Cañal and Rodriguez met Palamos in 2013 during their first trip to Indonesia. The three kept in touch and became close friends over the years.

“I think in Indonesia, the three of us really feel at home,” said Palamos.

Palamos admires Cañal and Rodriguez for their kindness, generosity and because of what they represent in their travels.

“Two women, traveling alone from Europe to here – it’s incredible,” said Palamos. “It’s so beautiful and can be so inspiring to others.

But the stress-free days of tropical bliss didn’t last. When borders started closing around them because of the spread of COVID-19, Cañal and Rodriguez realized their drive back to Spain was doomed.

They also feared for their friends and family in Spain, a country that was hit hard by the pandemic.

“All my colleagues were having a horrible time in Spain,” said Cañal. “I felt like I should have been there. It was a strange mix of feelings.”

Cañal and Rodriguez didn’t go back to Spain because they didn’t want to abandon their car. Instead, they hunkered down in Bali and arranged with a company to have the car shipped back to Spain in June. Once the car is on a boat, they will try to fly home.

When it comes to being stuck in Bali, things could be worse.

Traveling by car from Spain